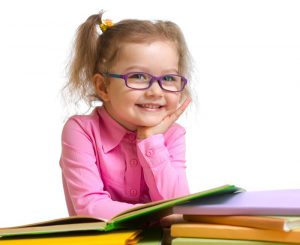 What is Vision Therapy?
Definition:
Optometric vision therapy is a therapeutic process and can be thought of as physical therapy of the eyes, the body and the brain. It is effective, non-surgical treatment for vision problems such as lazy eye (amblyopia), crossed eyes (strabismus), difficulties focusing (accommodation), difficulties tracking (ocular motor dysfunction) and eye teaming (binocular vision: i.e convergence insufficiency).

Vision is learned and developed so it can be considered a process made up of visual skills. Enhancing visual skills is similar to enhancing other skills. A coach (therapist) demonstrates a more efficient way to perform a task; the task is then practiced and enhanced until it becomes automatic. The goal of vision therapy is to train the patient’s brain to use the eyes to receive information effectively, to comprehend it quickly and to react to it appropriately.
What does vision therapy do?

Optometric vision therapy works on the enhancement of the visual skills, including:
1. The ability to follow a moving object smoothly, accurately, and effortlessly with both eyes while at the same time think, talk, read or listen without losing alignment of eyes. This pursuit ability is used to read a book, follow a ball or a person, to guide a pencil while writing, to read numbers on moving railroad box cars, etc.

2. The ability to fix the eyes on a series of stationary objects quickly and accurately, with both eyes, and at the same know what each object is; a skill used to read words from left to right, add columns of numbers, read maps, etc.

3. The ability to change focus quickly, without blur, from far to near and from near to far, over and over, effortlessly and at the same time look for meaning and obtain an understanding for the symbols or objects seen. This ability is used to copy from the chalkboard, to watch the road ahead and check the speedometer, to read a book and watch TV across the room, etc.

4. The ability to team two eyes together. This skill should work so well that no interference exists between the two eyes that can result in having to suppress or mentally block information from one eye to the other. This shutting off of information to one eye lowers understanding and speed, increases fatigue and distractibility, and shortens attention span. Proper teaming permits efficient vision to emerge and learning to occur.

5. The ability to see over a large area (in the periphery) while pointing the eyes straight ahead. For safety, self-confidence and to read rapidly, a person needs to see “the big picture”, to know easily where they are on a page while reading and to take in large amounts of information, i.e., a large number of words per look.

7. The ability to see in depth. A child should be able to throw a beanbag into a hat 10 feet away, to judge the visual distance and control the arm movements needed. An adult needs to see and judge how far it is to the curb, make accurate visual decisions about the speed and distance of other cars to be safe.

The how and the why of Syntonics

Syntonics (optometric phototherapy) uses colored light produced by a small lamp. The typical treatment for syntonics requires a patient to sit in a darkened room and view a circle of colored light for 20 minutes, over a span of multiple sessions (usually 20 or more). Other modalities can be used to effect the same change. The treatment with light can also be administered with the combination of a certain, broad spectrum light bulb, and colored filters in glasses that are worn.

Light is a catalyst for different actions in our cells. To use this type of energy from light, it is rapidly spread throughout the body by the blood supply. Because the inside of the eyes are very vascular (having a large amount of blood vessels), 20 minutes of treatment with the syntonics light affects 40% of the blood supply.

The color of the light used in the lamp is based on the type of vision problem and the imbalance in the system. Treatment with the syntonics light can put the system back into balance.

How is it determined if syntonics can be helpful, and if so, what color filter to use?

Functional visual field deficits are different than visual field loss that occurs because of pathology. With visual field loss, the signal is not being transmitted or the processing part of the brain has been damaged. With functional visual field deficits, the visual pathway is intact, the information in the periphery is mostly ignored or the brain does not fully attend to the visual information. It can be similar to looking through drinking straws or paper towel tubes. This can make eye movements, focusing, and eye-teaming difficult. It can contribute to stress and anxiety, and coordination difficulties.

This use of syntonics, or light therapy, is not new treatment. Light has been used for medical treatment since the time of Ancient Greece. Light is used for treatment in mood disorders, such as Seasonal Affective Disorder. Light is also used as treatment in neonatal jaundice.

In the 1920s, clinical applications of light therapy began. H. Riley Spitler theorized about the relationship between light and the eyes in biological function and development. In 1933, Spitler published ‘The Syntonic Principle’. This publication included clinical results from different syntonic practitioners. It was reported that 90.7% of individuals undergoing treatment with syntonics responded positively to the treatment.

Commonly, the autonomic nervous system is in a state of imbalance after brain injury. Syntonics can be used to ‘reset’ the system for these individuals. Syntonics is also beneficial in many cases of developmental visually inefficient syndromes.

Font Resize
Contrast
Accessibility by WAH
Call Us Text Us